Virtual Reality as a Product 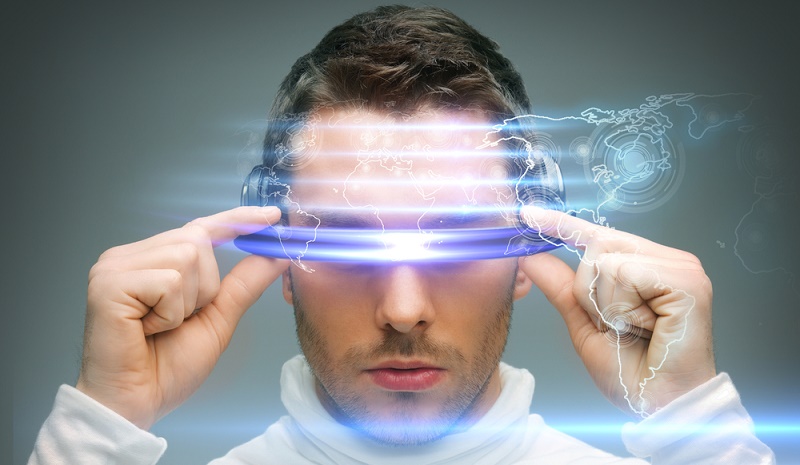 Even as a child, the concept of virtual reality fascinated beyond anything else. I remember watching Troy and being absolutely enamored by the fight scene - albeit choreographed - between Achilles and Hector. I'd then go on fantasize about a not-so-distant future where I'd put on a some sort of headset while standing in an arena where I'd compete in a virtual reality sword fight to the death.

Gaming, movies & books have always provided their audience with the ability to escape into another world. Now, with the emergence of virtual reality as a consumer product, people can escape into an alternate reality with a level of immersion like never before. In this article I'll summarize the state of Virtual Reality today.  We'll discuss the current market spread, the major product offerings  and the categories of focus for each of them.

We now have a fairly concrete understanding of where each of the major devices stand in terms of price point and market positioning. The panoply of virtual reality consumer products is becoming increasingly fascinating. We have the Oculus Rift, Samsung's Gear VR, HTC Vive and Sony's PlayStation VR all sporting their individual mix of offerings, focus and pricing. We are essentially witnessing a live race amongst giants attempting to establish themselves as industry leaders. Make no mistake, this race is an important one -- the winners will set much of the standardization for the years to follow.

​So where does the market stand at the moment? It's important to note that these VR products are not stand-alone. They are essentially 'add-ons' on top of existing products. For example, the PlayStation VR is a processing unit that will be used in conjunction with the PlayStation 4. Put simply -  in order to use the PlayStation VR, a consumer would require the PlayStation 4 as well. This potential pain point for consumers is a factor with the competitor products as well. Essentially, in order to use the VR product, a consumer must have existing hardware to use it with.  I put together a chart that depicts the price positioning of these major VR products in relation to the addressable market that that have required hardware.

​As you can see, the Samsung Gear VR is clearly positioned to reach the largest consumer base - a significant advantage over its competitors. Even if we disregard Samsung's S7 and look at their S6 sales, we see a much larger addressable market than the PlaySation VR . The HTC Vive and the Oculus, holding their footing on the other end of the spectrum, are targeted at consumers with high performance PCs - with around 20 million consumers sporting these. (Source: Jackdaw Research). While most of the base requirements are pretty much similar,  we still have the Oculus fronting a minimum system requirement of 8GB RAM, while the HTC  Vive requires only 4GB RAM.  However, the price difference (~ 200$) between the two products may offset this 'advantage' for most consumers.

​While all of these products offer an impressive virtual reality experience  for the consumer, they still have notable differences that are worth exploring.  The Gear VR is the most affordable of the products - but lacks many of the refined and premiums features that are offered by the likes of the Rift, Vive and PlayStation VR. However, many of these 'premium' features - such as positional tracking, ultra high resolution & refresh rate & room-scale positional tech can be over-kill for the more general consumer base and non-hardcore gamers. It's important to note, though, that as mobile technology starts catching up with high performing PCs - these differences will begin to thin. Other than the more affordable cost, the Gear VR has it's own advantages over the premium products.  A big win for Samsung's VR is the fact that it's completely portable and doesn't require to be tethered to a device to enjoy a VR experience. Having wires follow you around while you're in virtual world could be more than just an annoyance - and possibly dangerous.

The higher end offerings - the Oculus Rift  and the HTC Vive ​ offer a more premium experience with motion tracking , interpupillary distance adjustment (IPD) and room scale technology. Furthermore, these products come with built-in high quality headsets and game-pads  - which would otherwise have to be purchased separately for the Gear VR.  This could, however, also prove to be a pain-point for some consumers  who prefer customizability.   The Oculus, Vive and PlayStation VR all offer a far more engaging & immersing experience than the Gear VR. However, the Oculus will face a challenge in attracting new customers who haven't heard of their brand name until recently.  HTC on the hand will leverage their brand name to get a headstart - but will still have to rely on consumers readily having a higher end PC to use the Vive.  Now, this is where the PlayStation VR really seems to shine. Not only does it have a brand name with a loyal fan base  - but the fan base will almost certainly already have the PlayStation 4 (which is a requirement to use the PlayStation VR) . Consumers who have waited to upgrade their PlayStation 3 are now more likely to do so as well. The offerings are all the more sweeter with the addition of the PlayStation VR to their gaming experience.

The Virtual Reality space is yet to mature, and competitors within the space are scrambling to distinguish themselves to their target consumers. Samsung's Gear VR is positioned as a virtual reality experience that can be attained at an extremely affordable cost.  It serves as the perfect "gateway drug" to prospective virtual reality enthusiasts. While hardcore VR gaming may not be possible just yet, consumers  can enjoy an array of content offered in Samsung's Milk VR mobile app.  Milk VR is a library of immersive videos that can be enjoyed with the Samsung S6 models and above - which makes it readily accessible to large user base.

The HTC Vive, and the Oculus Rift have  both positioned themselves as high performance premium products. However, the HTV Vive has entered the market with a greater focus on the room-scale technology. Thus giving the consumer a more immersive experience with movement and space. The Oculus on the other hand has taken the approach of 'form & function' - offering a far better experience with its motion control and selection of games.  Make no mistake, neither of the products are slouches in where the other is an expert. While the HTC Vive offers a more immersive room-scale experience, the Oculus Rift is quite capable of room-scale as well.

To reiterate- the VR market space is still fairly young. Competition is fierce and will only increase in time. Many of the feature and pricing differences will level out in time. As the market matures,  consumers will begin to categorize features under the  'essential' and 'novelty' category.  But as thing stand, there are a lot unknowns. The race is on and there is no clear winner just yet. Well... actually there is...it's us. With fierce competition like this, the VR market will move excitedly. Price are sure to drop while features are sure to improve, making the consumer experience all the better!

Interested in the Samsung Gear VR as an affordable entry into the VR Space? You can get it over here:​

No time to read the entire book? I will be writing a book summary where I'll highlight the key take-aways ! If you want to be updated on when that post is out subscribe to my newsletter!

The Rise of DOTA: Future Of Esports