In a world a where marketing messages are being increasingly ignored due to over-communication, Al Reis argues that the secret lies not so much in positioning yourself in the market – but more so in positioning yourself in the customer’s mind. The irony is that the core message of this classic – originally written in 1970 – may be more applicable today than back then.

Al Reis provides anecdotal evidence to support his claims – but the more experienced reader may summon a counter example. As such, the ideas put forward by Reis should not be read as black & white. The core message of the book is that marketing isn’t about your product – it’s about how your customers perceive your products. Perception is a matter of the mind – and the mind is far from black & white.

It doesn’t matter if your product is better – not if the prospect doesn’t think so. And especially not if you haven’t penetrated a position in your prospects mind.

A classic example of this is the disastrous launch of “New Coke” – a new and improved taste to Coca-Cola. Coca-Cola conducted 200,000 blind taste tests, and the results were overwhelmingly in favor of New Coke! The way forward was obvious – New Coke was launched and the classic Coca-Cola was discontinued.

But the human mind isn’t that simple. Coca-Cola underestimated their strong position & penetration in the customer’s mind. Fans were enraged! Grass-root campaigns & protests were launched across country. They wanted the original Coca-Cola back.

My Thoughts: Rdio﻿﻿ is another example of an superior product that lost to Spotify. Rdio failed to penetrate the prospect’s mind. Spotify built up hype and positioned themselves in the prospect’s mind while Rdio focused all of its efforts on feature development.

Be FIRST - one way or the other

Being first in a product category will position you in the customer’s mind firmly. Human beings tend to remember the “first” a lot easier than the second. The first man who landed on the moon, the first black president of USA, the first kiss etc.

My Thoughts: Three-time formula one racer, Senna, once said that being second only means that you’re the first one to lose. Al Reis mentioned that the first to market usually holds twice the market-share as the second place. I did a quick search to see if this holds: Up to today, Coca-cola enjoys it’s leadership position – commanding a 48% market-share. It’s nearest competitor, Pepsi Co, holds only 20% of the market-share. Wow.

Al Reis passionately argues against line-extension. Attempting to leverage your strong brand-name to launch a new product into the market is folly.

Line Extension can be especially disastrous when you hold a leading position in the market. Products with leadership positions have ownership of a category within a customer's mind. The prospect associates your brand name with that particular category. When you line-extend, you slowly but surely diffuse ownership of that category.

Scott used to enjoy the leadership position in toilet paper. Scott meant “toilet paper”. But then they went ahead and line extended to Scott Napkins, Scott Tissues, Scott Facial Towels etc. “Make sure you pick up some Scott, hun” could no longer be said without requiring clarification.

My Thoughts: If you take a look at the grocery stores, line-extension is prolific. Almost every company seems to be doing it. The temptation to do so is understandable. It makes sense on paper - but what do the numbers say? It seems like in the short-term profits increase, due to surge of orders to fill the shelf, customer excitement. But profits wane in the long run.

If you’re late to the market – all is not lost. But instead of competing for the number one spot, you can position yourself directly against the market leader. Essentially, you can use the market-leaders number one position to your advantage to penetrate the prospects mind.

Avis – who were No. 2 in the rent-a-car market – were pretending to be No. 1. They were suffering losses for 13 years straight – their strategy was clearly not working. Finally they stopped pretending to be the best and repositioned themselves with this campaign:

This placed themselves in the prospects mind by latching onto the No.1 – as well as claiming the underdog status. Avis saw its first profitable year in over 13 years.

My Thoughts: Another great example would be 7Up – who entered the market during the cola-wars between Coca-Cola & Pepsi. 7Up cunningly positioned themselves as the “Un-COLA” – placing themselves in the prospects mind as the Number #1 alternative to all colas.

We delivered one page summaries & actionable content to our readers every ﻿week﻿!

I hope you enjoyed Positioning Book Summary!  You can pick up Positioning from Amazon in hardcover, Kindle or Audiobook format 🙂 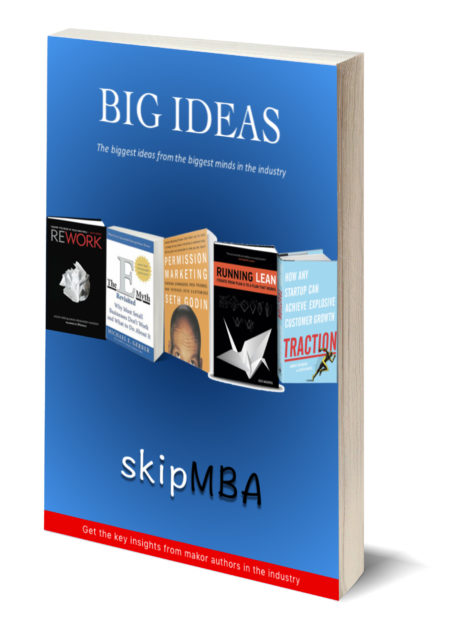